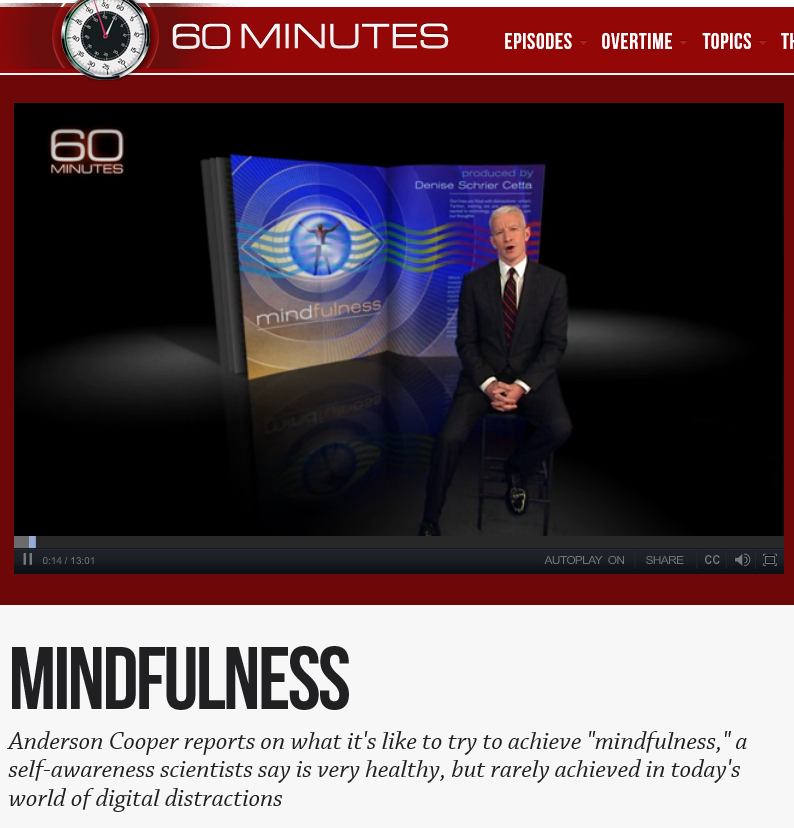 I was heartened to see mindfulness on the cover of the January 2014 edition of Time magazine. The article entitled “The Mindful Revolution,” suggests that acceptance of mindfulness-based approaches to mental health is increasing among the public. It’s  encouraging to see the interest growing as more stories have continued to hit the mainstream media. Just a few weeks ago, CBS’s  60 Minutes highlighted mindfulness, as Anderson Cooper chronicled his own experience  delving into mindfulness by attending a weekend silent retreat. More recently,  CNN’s U.S. Edition suggested “gain insight by practicing stillness” as one of the Top 10 ideas for the new year. How about exploring the benefit of mindfulness in your own life for 2015? Click on Resources and Tips for Adults for ideas to get you started!

About the Author: Mary Helen Hunt